Patterns on virtual reality blankets created from the repetition of photos of my shado. 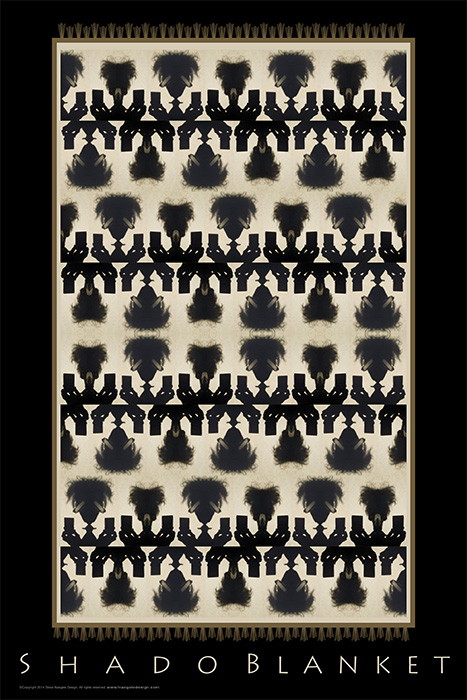 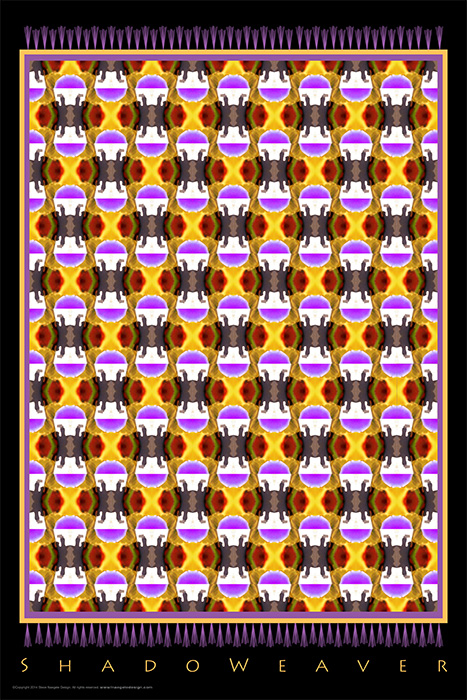 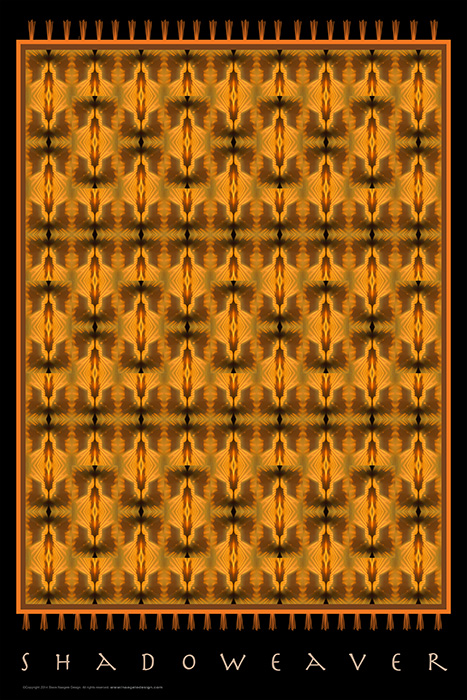 Speaking of then, or not speaking of zen less often than I am.  In India Daopi was in the line of the transmission of the light…

When I came to California, pre-computer, I started my design business by renting a space in a typehouse in Fremont, $35 per month and Bill was the owner. It was an interesting period, Bill was a local boy, intelligent, interested in political issues tending towards conservative positions and genuinely interested in knowing people who were different resulting in a a cacaphony of employees with various typographic and graphic reproduction skills related to the business.

Through my duration the typehouse employees  ran the gamut of society including a communist and  a smoker who had been fitted with an  electrolarynx  and continued to smoke.  The long term employees were skilled in typesetting, graphic production,  and proof reading, — a seemingly lost skill—and there were additional employees who were there for some other reason, often  they were alone  facing a personal struggle in their life and  Bill seeing some  good in them  tried to provide a base for  to find themselves. In the late 1980s  there were a few young gay men, dying from aids, with no other place to go and Bill gave them work and a place to stay.

As computers advanced typehouses increasingly went out of business, we went our own ways  and I met Bill at a shopping center near my house, about 33 years later, not knowing his health was soon to rapidly deteriorate. He was on dialysis a couple of times a week, and for some reason he was paying about 20% what I was paying for the same medical insurance. 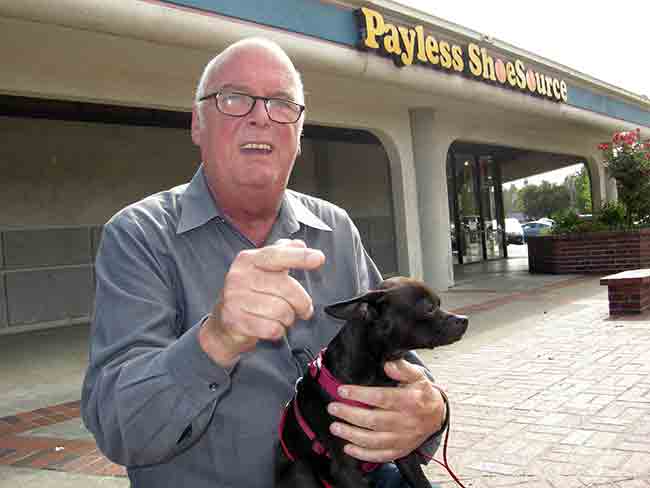 A  couple of years later I learned he had passed, and attended his funeral. At the time of this image  I did not know he was as lonely as I later found out he was—he did not deserve to be lonely at the end of his life. He was a good person.

Many people from the typehouse attended his funeral, it was fun to see them and Bill would have appreciated that. Still it was interesting people’s remembrances were of “silly clown” type pranks, no one (except me) mentioned that Bill’s  compassionate heart and financial help reached out to people in need when no one else could see good in them.

Sometimes , in the 1970s, I would get in my van and drive around New England,  I found myself attracted to the geometry of the rural architecture

The story of the Sixth Patriarch  of Chan—he could not read was the lowest of the low at the biggest Chan Temple in China. The aging Fifth Patriarch  looking for his successor but saw no one sight, threw out a challenge to the monks to express Chan in a poem. One monk was considered the high achiever destined for the position of successor patriarch and he wrote the first poem. The to-be Sixth Patriarch, the lowest of the kitchen workers,  could not read or write and asked his friend to read it to him and then to write his response, the second poem. Don’t think about the difference between the two poems.

Later there was some shaking of rice, a secret meeting,  passing on of he Dharma, the robe and the bowl and an escape.  The transmission was completed but not acceptedly by the sangha.

The image above is of the Sixth Patriarch tearing up the words that get in the way of enlightenment.  Reminds of Shaka Buddha on Mount Grdhrakuta who when he holds up the flower Mahakasyapa  smiles, and says, “Without relying on words and letters, beyond all teaching as a special transmission I pass this all on to Mahakasyapa.”

Last Saturday I took BART to San Francisco, early in the morning, departed at  Montgomery, walked over to  view the reflected image  of the TransAmerica building reflected  in the windows of the Maritime Building.

Later in the afternoon I found myself at Montgomery and Market unknowingly intercepting  thousands of people chanting and carrying signs—printed and handmade, while marching by thousands down Market Street, irregularly making a loud swelling noise that would move down the miles long line of marchers as each marcher vocalized their part. This looks like grandmother, mother and daughter conveniently occupied or ready for the digital age.

and who is not…

Around 1970s I made  some images of two people, this was the postcard I sent out, 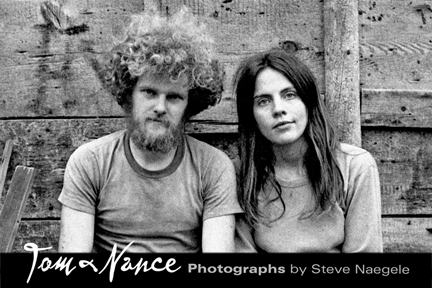 separating the seeds and stems from the good stuff…

it was  August late afternoon, in a motel swimming pool, by my self, one of those moments when I am sure my wife and son would prefer not to be publicly associated with me.

I am not a Tom Keene fashionista,  but the bowtie seems to find itself, 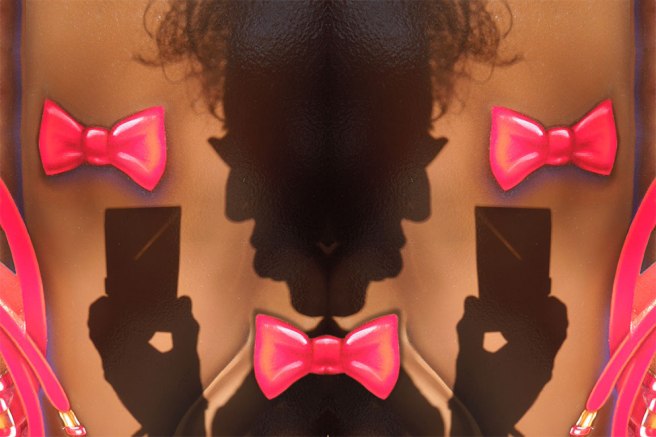 You might think there were no people there never were people who  wanted to be pubicly associated with me,

and then again you can fool some of the people…

In San Francisco this brunch place  is lined up every weekend morning I have been here, and while the line is generally longer, much longer,  around the corner, this part  of the line has the cute girls, and the guy is busy  looking the other way… ah, winter in San Francisco. 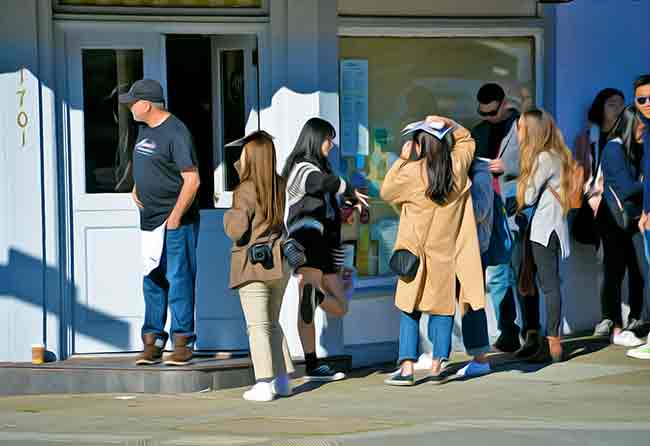 and weather means it for others,

for some people  the normal conversation is enough.

As I get older I often find myself  thinking  about how my father thought about his life,reflected on his life,  at the age I am now (72 years old). Was he haunted by ghosts appearing in the morning fog, I thought not when he was my age, but now I am there I understand I  missed an opportunity to understand. One of the GREAT Pleasures of living in Cambridge on both sides of 1970 was walking down to Harvard Square and experiencing a Brother Blue  (Dr. Hugh Morgan HIll (1921-2009) street performance. With  tambourine and harmonica, a blue fringed leather jacket and penetrating lyrics, he would combine the Bible, Shakespeare and  African American folk stories meaning  fresh   meaning  to modern-day story telling. Oribe is a traditional Japanese folk kiln from the Seto-Mino area north of Nagoya, also known for shino, oribe-guro, ki seto  and seto guro. Traditionally its style is creative—simple, rustic, often irregular  in shape, appearing green, brown and white  and yet like japanese folk style creative within tradition. Named after or for or perhaps inspire of , Furuta Oribe (1544-1615) he influenced this style , tea ceremony (as a student of Sen Rikyo) , tea house architecture, tea garden landscape and ikebana. Oribe was found guilty of being involved in a conspiracy  against Tokugawa Ieyasu—the guy most of you know as The Shogun and sentenced to seppuku. 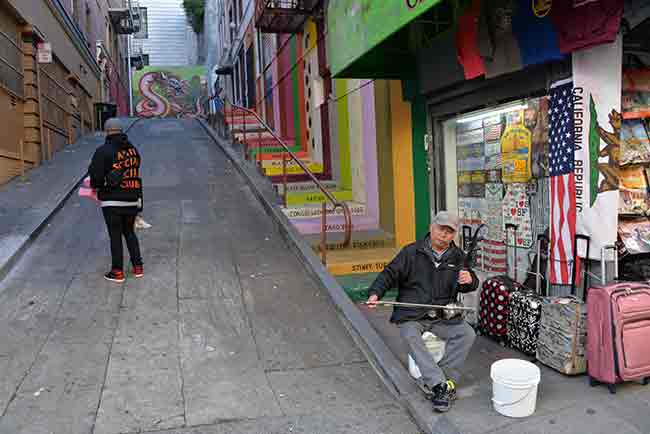 or on Market Street , 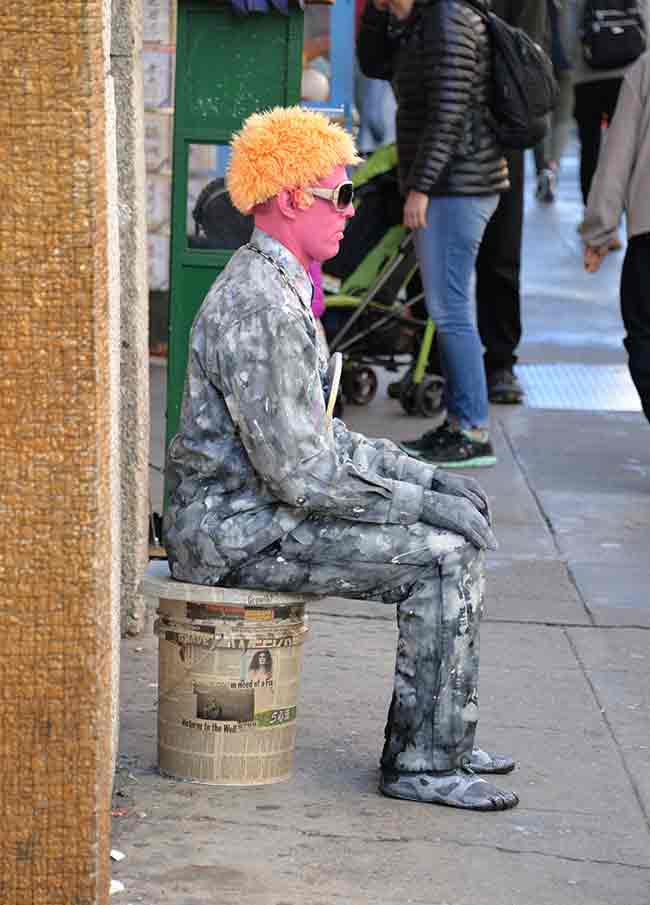 I enjoy Nero Wolfe  stories, and especially the voice performance of Michael Prichard. I used to use tapes and I would just start listening anywhere and end anywhere, never reading  the full story from beginning to end, but experiencing it  like a puzzle,  putting the pieces together out of order , hearing them over and over until finally grasping  the whole story, thank  you Mr. Prichard  for your performances, I   have listened to  them over and over and over and never tire.

Seeing  beyond what I feel makes the where we are a little less to blame, certainly no less than seeing. Coming out of BART at Civic Center, usually odor of urine and a few  unpleasant looking people, usually men but not always gender exclusive, occupying various positions on the first few steps. But here the sky is blue  and two arrive.

you know wear but its ok do wonce. 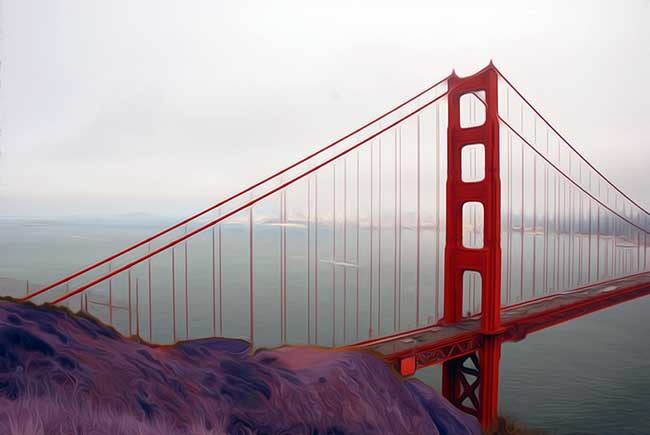 Old cars are beautiful, to me, especially through a window meaning  I like to look but taking care of them is too time consumiing.

When many  were in university it was easy to miss Hegel, he was hiding in the library and sometimes made a cameo appearance in philosophy classes which then as probably now, were not considered cost effective either in time or fees for a career, and after all, everyone has their own philosophy just as everyone has “their own taste in Art, ” and besides, in the age of trump, what is there to learn, especiallly from a man whose images look like he has no neck.

I went to San Francisco, if I go early and by the way, I got the senior discount card so its less than half price as long as I am “registered” with the “BART” which I assumes it means they will be tracking  all my movement whenever I ride BART but then again so what. When I go early in the AM the sunlight is shining directly on this well known building and a few blocks north-east the image  is at its most reflective in the windows of the Maritime Building.

Bill & I , Bill lives across the street and the main Japanese food stores are about 30 miles away so sometimes together we go to guy food supplies, Bill lis 20 years older than me  although I did not realize I was that much taller but a differences in age is not compensated for by a difference in height ad i think he may be in better shape than I .

Could you or I, or him or her, or some of  them be zen , or is being zen too different than being? (The maybe unknown factor here is some readers  may not know this  Japanese pottery kiln is called Bizen and pronounce bezen. its great for sake or beer and this particular technique is called hidasuki  where the pottery is wrapped in twine before being fired.) Every day now I find myself thinking about being old and what my father  and mother were feeling and thinking at my age… and then how too often when they were alive I was too concerned with my own feelings and thoughts too understand and then I realize how my son is the same. 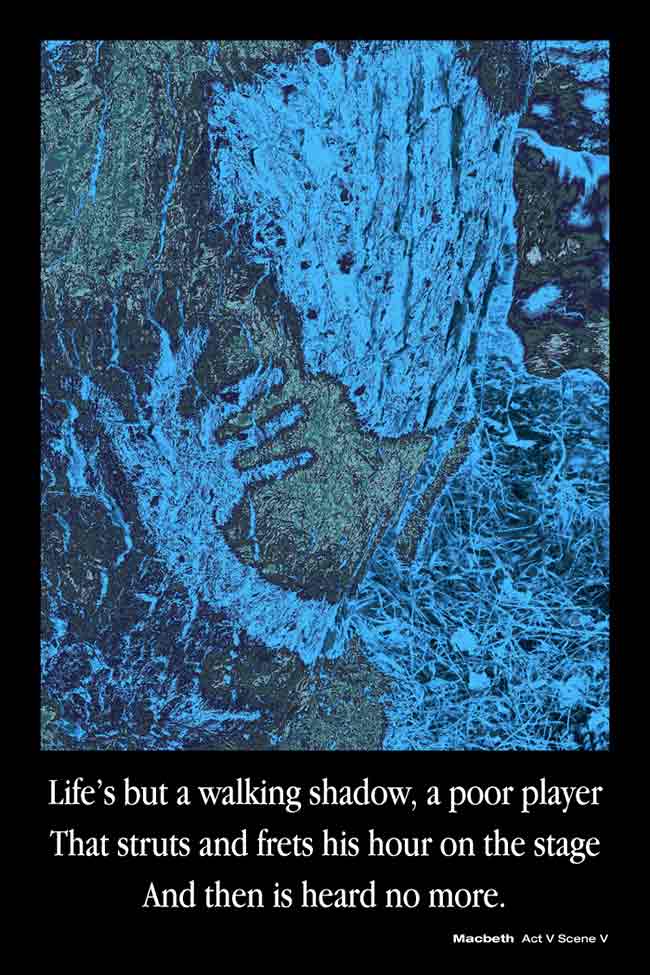 Beside I imagine when you read the title of this blog you thought the subject of this post would be the insanity of investing in Bitcoin.

What to do when your chawan is empty?  Sit and wait…

or ask a Buddha for help?

Let it be known there is fountain not made by the hands of men.
Ripple

“If you study Zen you must really study it. If you become enlightened it must be real enlightenment.  If you once see the barbarians’s real face intimately, then you have at last “got it.”  But when you explain what you saw, you have fallen into relativity.”

Explain to me, if a person can “pass” the cognitive test then when  they are expounding lies about facts  the conclusion is they are doing it intentionally. If the lying causes damage, and the person shows no stress at hurting others, they have no conscience, no remorse and have a serious personality disorder.

What is behind the next door?  Tomorrow more lies, more hate and finally war, people dying, property destroyed and trump gets his big military parade—but it will be worth it if you have a bomb shelter…