I do not look for what is reel, nor what is phake, images to just express my feelings, and responses without thinking, a mother with two children making a copy or sending  a FAX at a  7-11, I hope this family has a retirement plan. 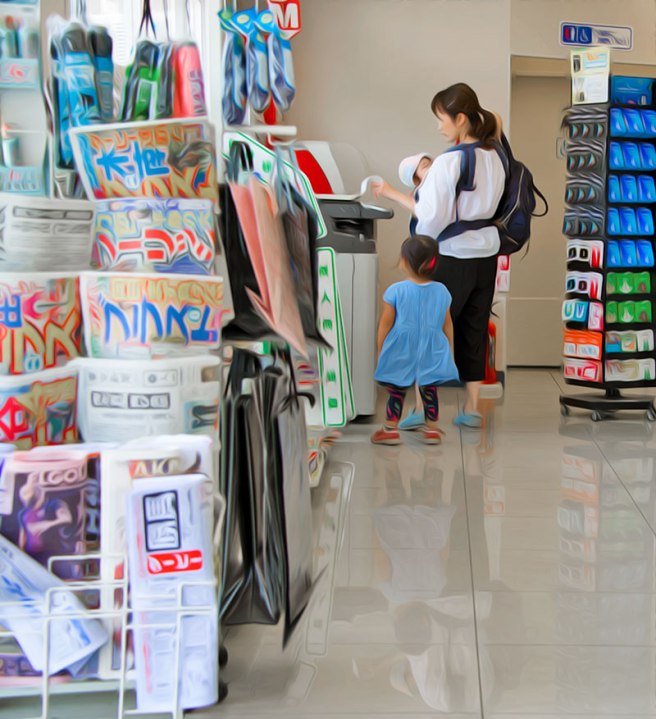 women meeting at a local art center, how beautiful everyday—rainy day or sunny day —women are!! 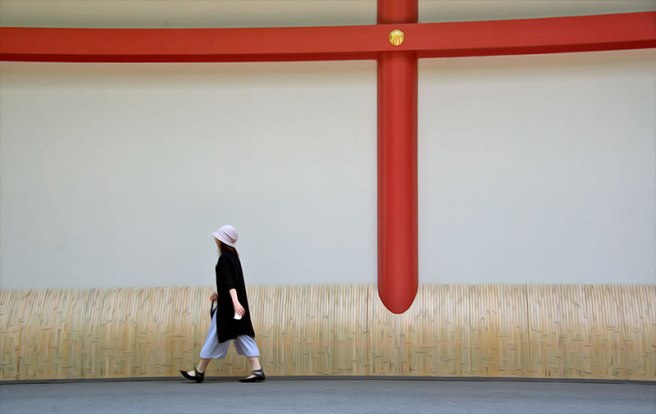 friends sharing media, how many times did you ever see people together reading the same newspaper article? electronic  media ! Marshall McLuhan !! Steve Jobs!!! 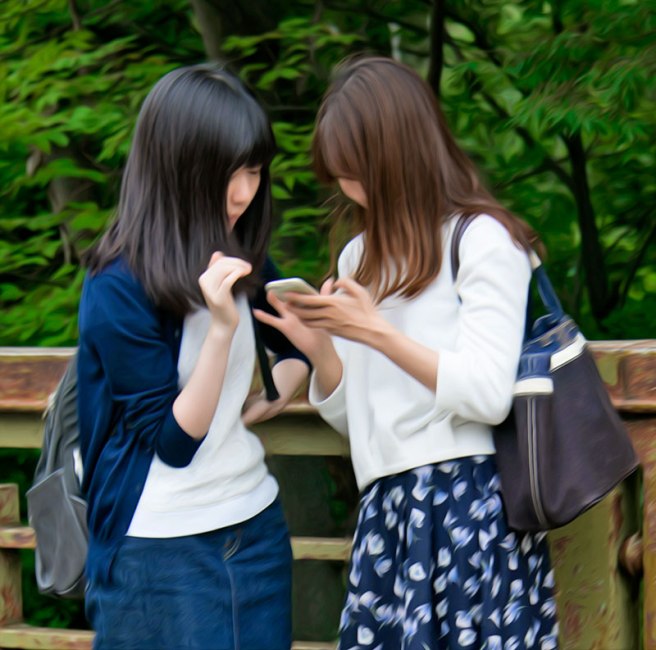 Still tradition is passed on,  taiko and more taiko at a small local mountainside shrine 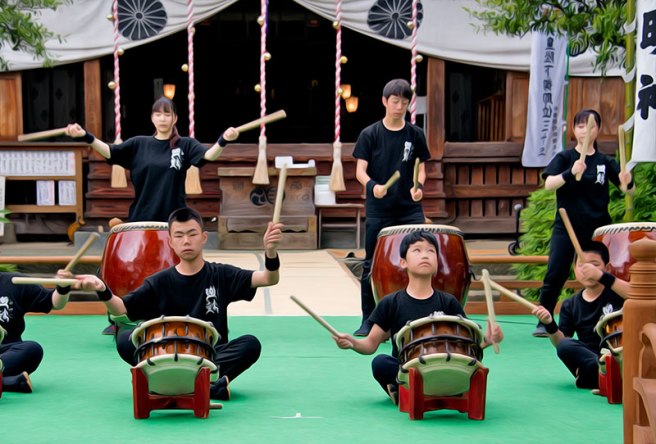 And walk or don’t walk, electronic media communicating  to pedestrians and vehicles so no one gets run over, or under…

Old doors of perception and enlightenment too

Yellow hats, standard backpacks and kids calling out to each other on the street, never noing what these jerks (me, and you) are leaving for them and only reading history books what great people we were while everyday dealing with the problems we leave them —ah kwatz!, the younger generation, the victims of our stupidity and ignorance and the benefactors of new opportunities and challenges…

Still, the mundane, everyday careerless choice of the most important job in the world. 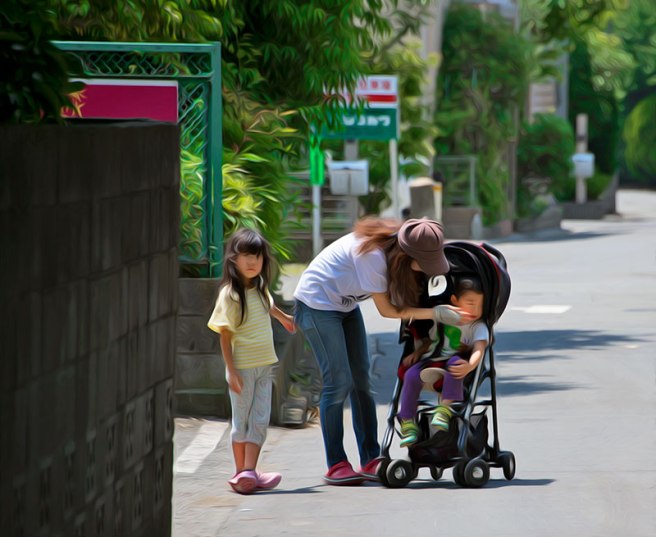 And still Fuji -San is there to guide us,  as well as those long passed on and those to come. 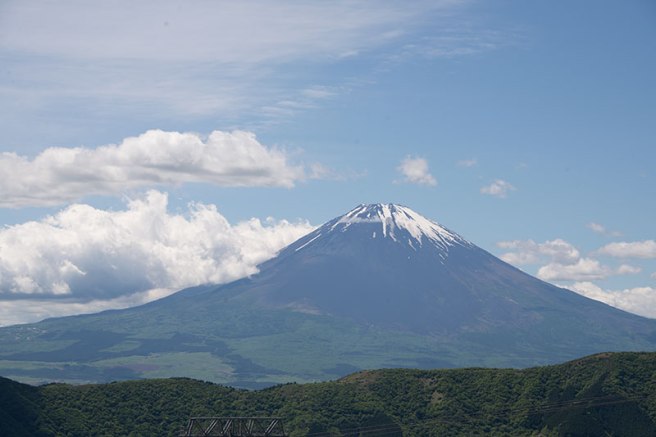 On a whim I got off the subway at Zoshigaya and took a walk, found an old shrine,

Asakusa, there  are many many small retail businesses all over with very limited space and always stuff is outside somewhere sometimes out of view  and then other times in view. The blue container is ubiquitous.

In Tokyo there are constant deliveries by small truck and hand carts, often small deliveries to small businesses, 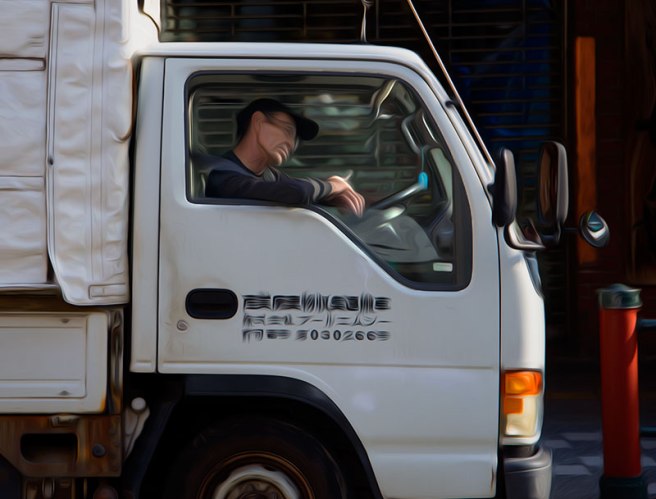 and pleasant people on the street

perhaps these girls are texting each other or watching their favorite pop star, 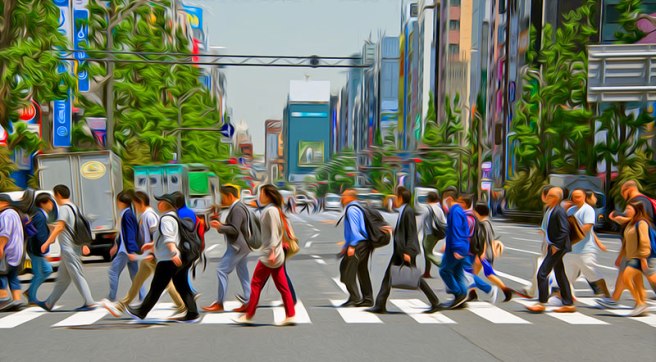 When I second came to Japan in 1987 we had to look all over Nagoya for a cup of coffee, now its everywhere…

and sun in the  late afternoon 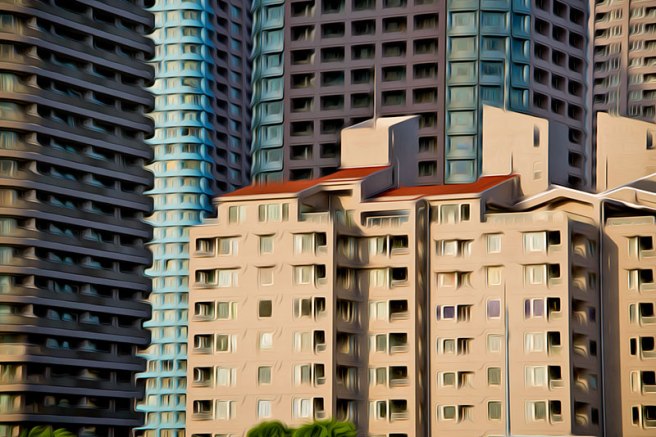 Tora-san was a role in Yamada Yoji films, 48 in all, all the same basic story, and still he was a treasure in Japan. 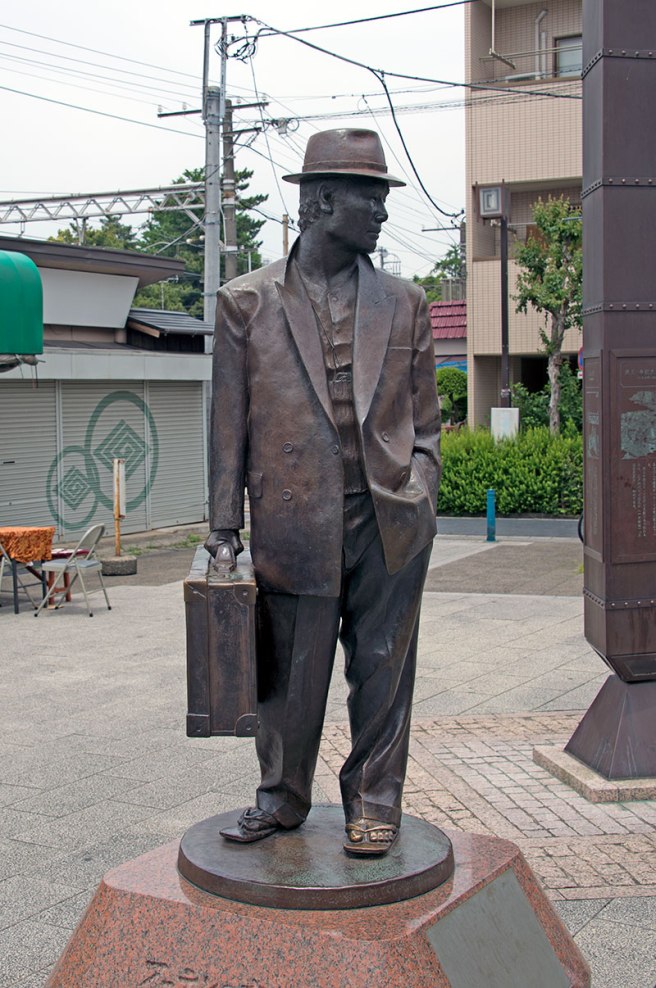 Most of Yamada’s other films were about important things in human relationships and I think he often stood on the shoulders of Ozu by building on his film technique and his interest in what it means to be human.

Many have their own idea of what Japan is about, I think social eating and drinking is a main characteristic of Japanese people, and eating okinomiyaki is one of them. This is alittle hole into wall in a back street of Asaksasa near Sensoji, and it was great …

and mocha treats on the streets of Shibamata

family and friends at Asakusa Starbucks

and everyday common  things outside in the street, 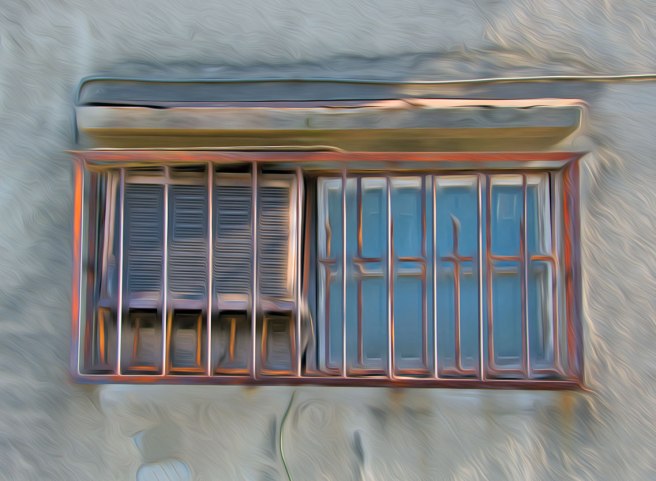 Its fun to start with my pottery. Shuki, sake utensils, a bizen tokurri and an e-karatsu guinomi (one gulp sake cup). Bizen is unglazed but fired in burned wood producing ash and it will hold liquid. Karatsu (guinomi)  is another of the Japanese folk kilns. this one is glossy… 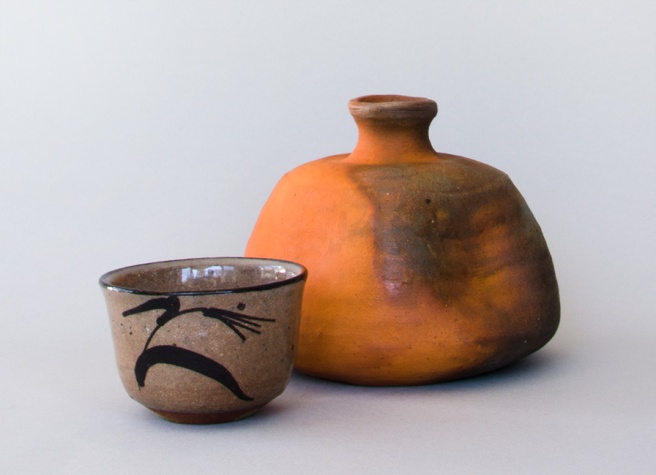 but this e-karatsu is matte or semi gloss  and you can see the similarities, the e refers to  picture on it, so if the guinomi were just the background it would be karats but with the brush drawing it e-karatsu.. The tokurri is shigaraki.

What it might look like on New Year’s Day spending the afternoon watching Japanese movies, and eating shiokara, salted mackerel and drinking sake.

I am  a very simple person, dark area, light area, different textures, different colors, line, what else is there to see? 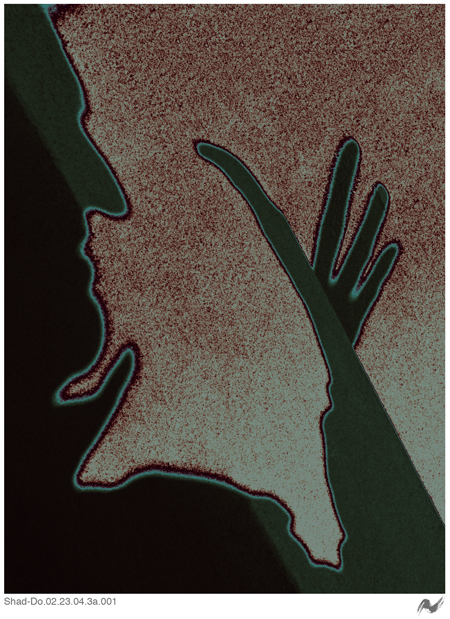 Oh, how about me? Do you think I am too self centered perhaps I am the only model I have or at least the cheapest …

This is actually one photo, its a corner, from the left, its the wall with sink  and then there is what appears to her a reflection, look closely its not the reverse of the image. It is one photo, the shado facing left is on the wall and   its reflection in the glass on the right is on is part of a glass shower wall which comes out at a 90 degree angle. Look closely, they are not the same image. Children of the Corn, its a long time since I remembered reading that  but the first time it was a short story, then a novelette, and I believe I have seen multiple novels as well as animation—a work in progress. 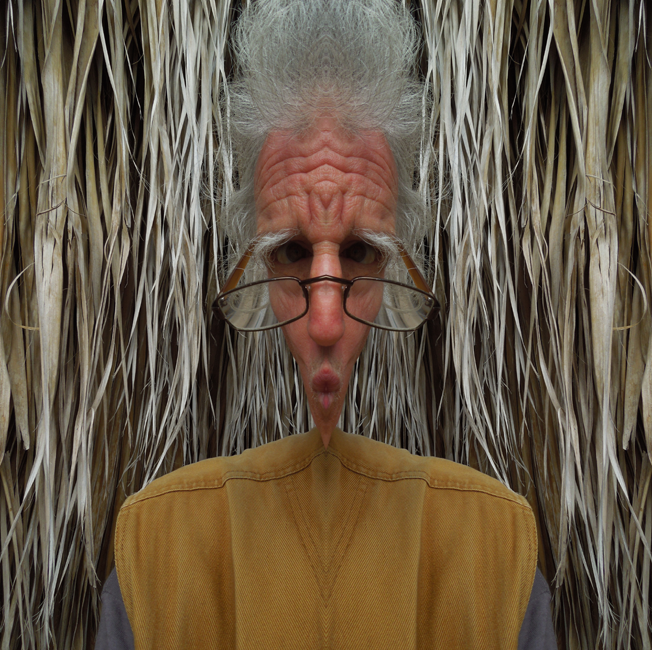 This is a chawan from wife’s family, its very simple with a strong drawing, its an e- something.  They were from a small-town in the Seto-Mino area, Aichi Prefecture. The Seto-Mino area is known all over Japan as historically related to folk pottery— shino, oribe, ki-seto, seto-guro,  guro-oribe, and group of pots having similar characteristics called seto ware. For many Japanese seto-yaki simply refers to pottery in general  (yaki specifically refers to “fired thing,’ remember tako-yaki? ha ha, I like tako-yaki).

I thought of one held in my mother’s hands on a spring day in Sante Fe
And again I saw the path I had taken was unlike his.

I never knew  him like I imagined other people know their father, or mother,
Or like they were as characters in a tv show or  a movie.

Off course I did not know what to say, what he said was true, 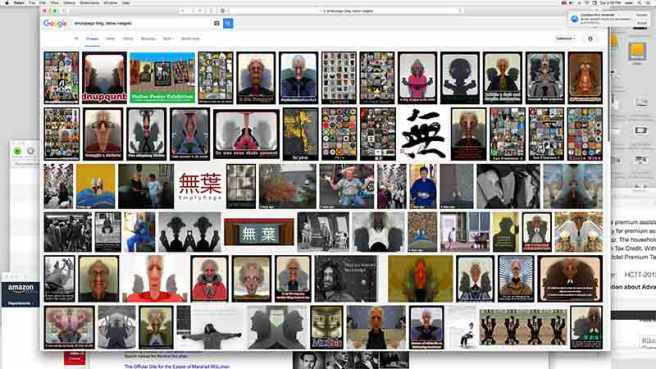 And when colors lay spread like peanut butter,  the night wants less to do
Look for me in the window pane, the place where my heart is  through. 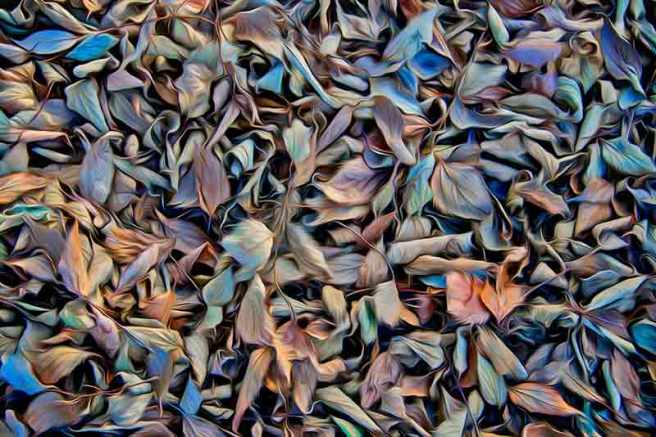 Its then  I thought of you, me with less too you
and more than left over adao.
Look in the red line  where my faith it unseals
’til I think it could all bye true and still be healed. 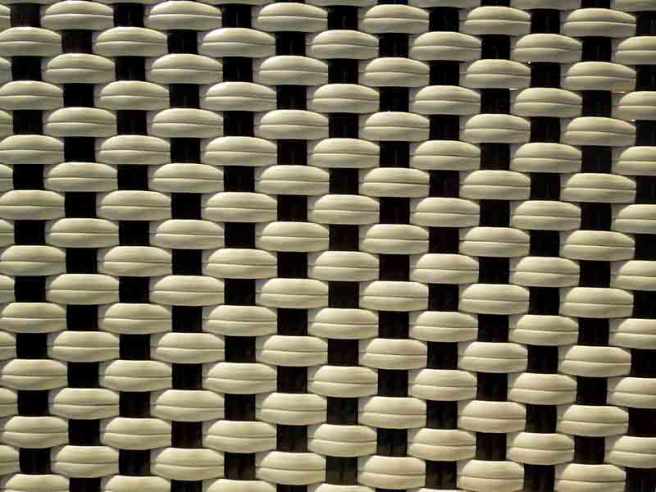 And I am wear I am where I am.